Watch the trailer of Varmaa: Dhruv Vikram in an intense look

The trailer of Dhruv Vikram’s Varmaa has unveiled. The film, starring debutant actor Dhruv, the son of Vikram, is the official remake of Telugu hit Arjun Reddy. The original Telugu film became a runaway hit when it released in 2017, boosting the promising career of its protagonist Vijay Deverakonda.

Arjun Reddy was written and directed by Sandeep Vanga. And the filmmaker had hardly included visuals that showed the self-imposed suffering of his protagonist, who is reeling from a heartbreak. But, director Bala, who has helmed the Tamil remake, has approved the trailer that makes no bones about the hero’s alcohol and drug abuse problems that pushes him to the brink of insanity.

Bigg Boss Tamil fame Raiza Wilson has played an important role in this film. It also stars Easwari Rao, Jai Bala and Akash Premkumar among others.

Varmaa is expected to hit the big screen on February. 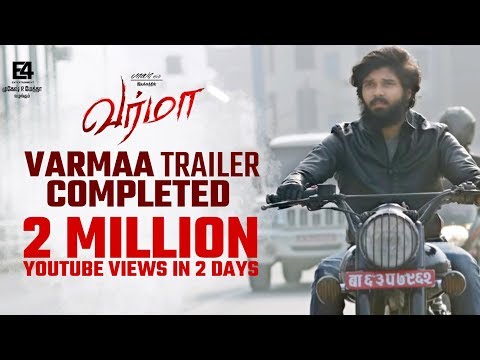