Sudeep has been garnering praise after the teaser of his upcoming film Pailwaan that was released. A little-more-than a minute video has left fans wanting more as it teases a promising sports drama with Sudeep in his best shape.

Sudeep has lost weight and gained muscles to play a ‘pailwaan’ (wrestler) in the S Krishna directorial. The upcoming film is the director’s second collaboration with the actor after 2017 hit Hebbuli.

Salmaan Khan shared a tweet appreciating the filmmakers of Pailwaan. .”@KicchaSudeep, you have taken what we started to another level, all the best and congrats to the MAN, to the PAILWAAN (sic),” tweeted the Dabangg actor, sending Sudeep into a tizzy

The Pailwaan teaser opens with a voice-over mentioning the similarities between Krishna and Kamsa: that they both were mighty wrestlers. But, one represented goodness of the world and another was evil. Then, the rest of the footage has been dedicated to shining the spotlight on Sudeep’s chiseled physique.

Hollywood stunt director Larnell Stovall was hired to choreograph the fight scenes of Pailwaan, which is fast nearing completion. The post-production work of the film is also underway simultaneously.

While Aakanksha Singh is playing the female lead, Bollywood star Suniel Shetty will also be seen in an important role in the movie.

Pailwaan will open in cinemas this summer. 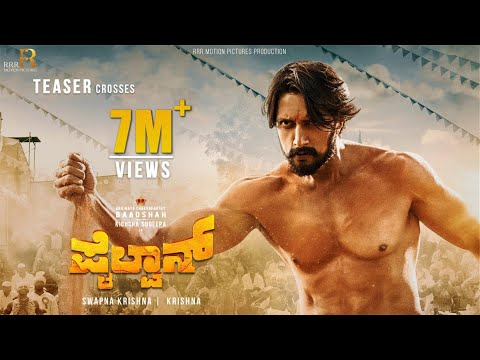